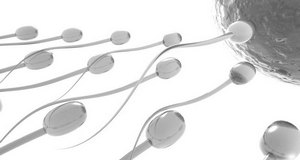 You've heard that you are what you eat. If you're looking to conceive, you might want to be a fruit or vegetable. You're better off being an oyster than a fat, juicy piece of steak. And if emerging studies bear any weight, you should be rich in antioxidants.

The benefits of antioxidants are widely published and well-known. They include protection against Alzheimer's and cognitive decline, cancers and possibly heart disease.

Research is ongoing, but there's a possibility that antioxidants also boost fertility. In recent clinical studies based in New Zealand, researchers found that sub-fertile men taking antioxidant supplements were four times more likely to conceive than sub-fertile men who didn't.

Sub-fertile refers to men with lower sperm count than average, but still capable of conception. Researchers theorize that up to 80% of cases of delayed conception in sub-fertile men is attributable to the effects of oxidative stress on sperm cells, which lowers both count and quality.

Oxidation is a process in which molecules called free radicals damage DNA and cells' ability to function.

Antioxidants are molecules, including certain vitamins and nutrients, that stabilize free radicals and thus protect cells.

In New Zealand, researchers analysed 15 studies of 96 pregnancies among 964 couples. Among these pregnancies, males who took antioxidant supplements boosted their chances of conception by four.

Researchers say it's too early to conclusively say whether or not antioxidants alone can boost fertility. But antioxidant-rich foods, including green leafy vegetables and fruits are linked to higher fertility in men.

In other words, certain foods are proven to increase chances of conception. And if these foods are rich in antioxidants, as most are, there's a good chance you'll be adding a nursery to your house very soon.

Vitamin E and zinc are antioxidants with especially high influence on male fertility. Olives, mangoes and tomatoes are all high in vitamin E, whereas oysters and pumpkin seeds are good sources of zinc.

Having said this, there are sources of antioxidants known to negatively influence male fertility. These include coffee, tea and animal products with hormone content, including meat. These foods, while high in antioxidants, have other ingredients that interfere with the fertility-boosting effects believed attributable to antioxidants. Tea, while generally very healthy, contains caffeine, which can inhibit fertility.

You can complement the potential effects of antioxidants and healthy diet on male fertility with VolumePills, a proven, all-natural sperm production medication and producer of healthy and plentiful sperm.

Much of VolumePills's effectiveness comes from its blend of minerals, herbals and amino acids used since ancient times to boost sex drive and enhance overall sexual health.

Pumpkin seed, for example, is an ingredient in VolumePills, rich in zinc and renowned for its ability to stimulate the male sex drive. Studies also suggest that, in addition to producing healthy sperm, pumpkin seed may also protect against prostate cancer.

VolumePills boosts sperm and aids male fertility with healthy sperm and better sperm production. Both of which increase the odds your sperm will find a happy home.

While the foods in this article are known for their health and fertility-boosting properties, today's fast-paced lifestyle can make it difficult to eat a healthy and balanced diet. Using a proven sperm production medication like VolumePills ensures you're getting essential vitamins and nutrients conducive to sexual health and male fertility.

What if you could make amazing sex last even longer, with an intense orgasm that's two or even three times longer than you've ever experienced? VolumePills will increase the volume of ejaculate; potency and fertility and the intensity of orgasm - some have reported an increase of up to 500%! VolumePills is formulated with key nutrients, including l-arginine, muira pauma and l-lysine, that feed the male reproductive system and turbo-charge your natural production of semen. This means huge loads of semen to expel!