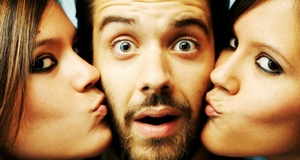 You've heard the scientific jargon about pheromones and the clever pitches from marketers to reel you in. You've seen them in movies and TV.

You've heard the scientists, the doubters and everyone in between. Everyone seems so bent on proving a point about pheromones that in all the speeches and studies about pheromones, no one really answers one very basic question:

Yes. There's your answer. How do we know this? Simple. Multiple studies in organisms ranging from insects to sheep to humans over the past 25 years. Pheromones work because nature designed them to attract healthy, fertile mating partners with whom to procreate. Think of pheromones as nature's insurance policy that we'll find sexual partners to spread our seed and ensure that life will always march forward.

What are pheromones? They're a chemical secretion that organisms emit to pass along their bio-chemical information, like their health, reproductive state, even their emotions. But pheromones are more than just a genetic seduction ploy. They also warn other organisms when the emitting party is sad or angry, whether it's a honey bee, elephant or the guy sitting in the cubicle beside you.

You were probably unaware that pheromones even existed before they emerged in the public eye as a secret weapon for Don Juans the world over. That's because they affect us on a subconscious level, bypassing the rational side of the brain, both for the emitter and the receiver.

Humans secrete pheromones from the apocrine glands, located in the armpits, genitals and navel. These glands secrete a clear liquid that encodes and transports our biological data. Humans decode this data with the olfactory system - an extension of the limbic system, the ancient part of our mammalian brain responsible for basic, instinctive behaviour, including anger, fear and the urge to mate. Have you ever noticed that scent stimulates long-forgotten memories, more so than any other sense? This is the same principle in action.

The olfactory system bypasses the "rational" side of the brain and goes straight to the brain's behavioural centers. But pheromones, being so microscopic, slip through our conscious stream of senses. Yet they're so effective at delivering our bio-chemical data that we're always decoding them.

What is particularly interesting is that women are much more receptive to pheromones than men. Studies have shown that women can detect scents at concentrations 1000 times lower than men.

There are several theories for this, but a prevailing idea is that the heightened sensitivity to pheromones in the female species is nature's way of ensuring that women, who have historically had more at stake in choosing a sexual partner, are equipped to find the most suitable genes to carry.

You've heard it said that women are attracted to "tall, dark and handsome". Clinical studies have also shown they're drawn to the pheromones associated with fertile, healthy and attractive men. And in a accumulation of 12 years of research into pheromones and the role they play in attracting women, NexusPheromones has identified and boosted the seven most effective pheromone compounds to tapping this basic biology of attracting women.

NexusPheromones is a blend of seven human pheromone compounds that mimic the pheromone scent of attractive, healthy, fertile men amplified a thousand times over so that it can be quickly yet subconsciously detected by women you're speaking with. NexusPheromones delivers the essential chemical-hormonal elements to subtly yet unmistakably communicate your masculine power. You just apply NexusPheromones onto your pulse points - you can even blend with your existing aftershave if you wish. NexusPheromones has been formulated with reference to over 12 years of cumulative pheromone research, including input from the award-winning human sex pheromone scientist James Vaughn Kohl.

You've got biology on your side. You can tap into her basic biological urge to mate with one spray of NexusPheromones.